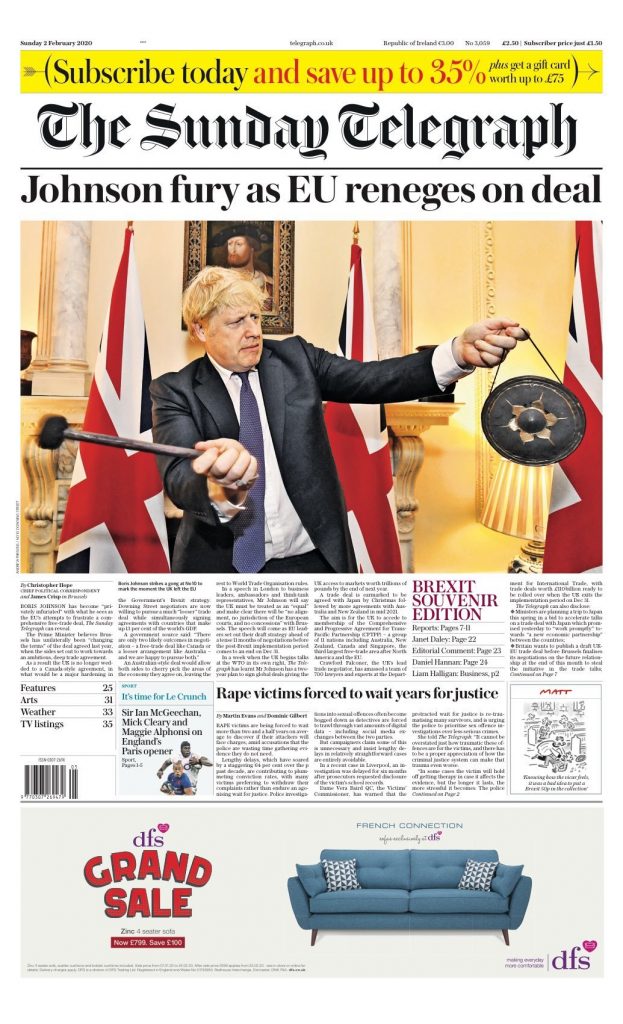 It’s been less than 24 hours since the United Kingdom left the European Union and it appears the government has already started the blame game.

With Brexit now done and dusted, the EU can no longer be the target for problems at home in the UK. Johnson appears to be taking fire at the EU already by attempting to talk tough on trade negotiations with a take it or leave it attitude before they have even begun.

The reality of not being able to have his cake and eat it has not sunk in and comments today hint at a turbulent few months of trade negotiations.

This could all be government bluster ahead of negotiations but it reiterates that a no-deal option is still firmly on the table which would be the worst possible outcome for the UK.

NEW: In key Brexit speech on Mon the PM will tell the EU to agree a Canada-style deal or UK walks away.