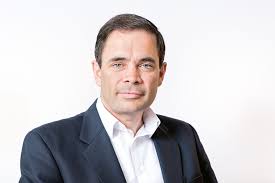 I’ve opened with a fairly tricky one, as Robin Millar is fairly new to “official” politics. That said – there are a few threads of interest in his past.

What many probably won’t know – he’s worked with Boris Johnson in the past. He was brought in in 2009 as an adviser on knife crime, to the then-Mayor and Met Police. (Source: Mr. Millar’s Linkedin).

He also, in common with quite a few other Tories at the moment, has connections with Russia, listing it as a place where he has previously worked. (Source: Mr. Millar’s own website.)

He is a Fellow of the IDS-setup “think tank”, the Centre for Social Justice. This is the place that recommended raising pension ages to 75, and among the least transparent think tanks in the country. (Source: Council interests register, 2019).

Because this is NOT intended to be a hyper-biased/partisan hit job on every single Tory MP, I must point out at this stage that he has been involved in several working groups that put forward laudable recommendations. (Example)

Curiously, he also appears to be part of, or at least linked to, the group of Tory MPs with interests in horse racing. Specifically, he’s been involved with Newmarket in the past (coincidentally, the Coronation Cup there was able to go ahead after the early re-opening).

Seems like Dominic Cummings would absolutely love Mr. Millar though – he’s all about digital apps in healthcare and data gathering. He was the interim CEO of this thinktank in 2016 (Source)

I can’t really conclude that Mr. Millar would qualify as a corrupt MP, but in a “network map” of them, he’d be solidly in the camp that has connections with both private healthcare, data gathering, and Russia.

All information researched and posted by Steve Jones (@antoniosteve).