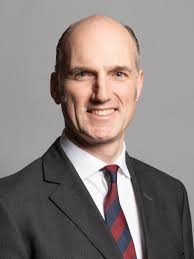 There is a huge, obvious “red flag” point with Mr. Docherty, and that relates to the nearly £27,000 in trips funded by Middle Eastern governments in 2018. Bahrain, Saudi Arabia, Kuwait, and the UAE.

I don’t necessarily agree with some of his statements in the House on arms sales to the region, ex “Does the Secretary of State agree that as well as exporting hardware, we export a doctrine of responsible use, which, at the end of the day, saves lives? – Hansard 10/7/2017”

But here’s the thing – Mr. Docherty’s connection and interest in the area stems from before he was an MP, as that was where he was serving during his time in the military. He has no ties to the arms industry that I’m aware of, and isn’t personally benefitting from any of this.

Looking at his entries on the donor registry, there is an entry in there that actually reinforces my opinion that there is nothing corrupt in this; a journalist fiercely critical of the Iranian regime. The elements of all of this point to a *legitimate* interest in the region.

I am aware he has been criticised for not mentioning the trips as potential conflicts of interest during some House debates, but this itself isn’t a major problem. Forgetting to do this, particularly as a new MP, is understandable.

I do not believe @LeoDochertyUK to be in any way corrupt at this point. He might not be the most productive MP, but he’s not alone in that.

All information researched and posted by Steve Jones (@antoniosteve).